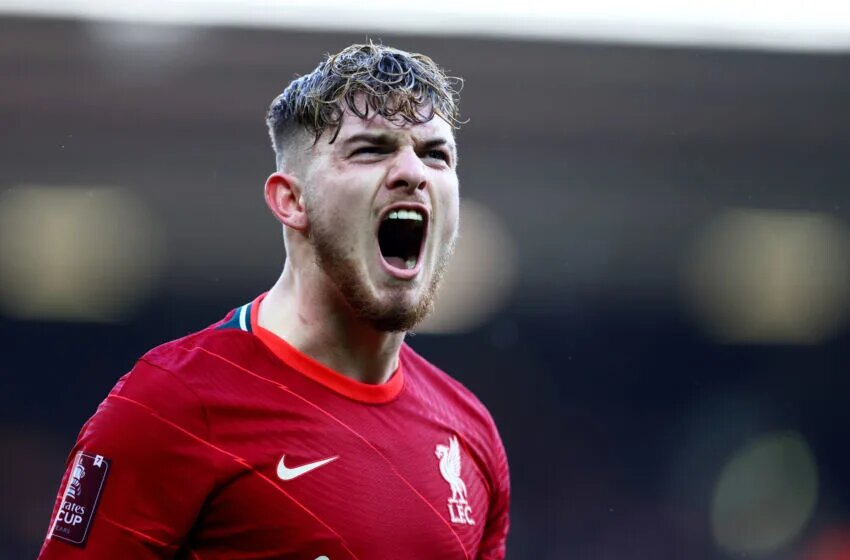 Liverpool’s Harvey Elliott Returns From Injury With a Wonderful Goal

Liverpool player Harvey Elliott made his first appearance on the field after five months of suffering from a severe ankle injury that he got from the match against Leeds.

The return of the midfielder on Anfield produced a standing ovation, as he came in on the 58th minute of the match against Cardiff City at FA Cup.

After that, things became much better as he catched the ball from Andrew Robertson, took one touch and kicked it past Dillon Phillips for a perfect goal.

The overwhelming feelings that came out from Elliott’s face is supported by the sound coming from the terraces, as they celebrated the return of the player from a five-month absence with an excellent goal.

You can check out the odds for Elliott in the next match of Liverpool at Bet365.

The coach of Liverpool Jurgen Klopp even commented about the return of one of his excellent players. He said that the comeback is like a fairy-tale for Elliott.

“The whole team were all surprised, because he is an amazing kid and a player. It took a long time and the medical staff did a wonderful job to help him recover and he was patient enough to undergo that process,” Klopp said.

“For Harvey, scoring a goal in front of the crowd feels like a fairy-tale happening in real life. The beginning of the match doesn’t have much of an emotional impact, but the moment that he came out and scored a goal, the team and the crowd cheered to celebrate the return of a special player,” he added.

The young player became a member of the club back in 2019, after he spent much of his youth career at Fulham. After having a successful start as a loan player at Blackburn Rovers in the Championship, he returned to the club and played in the first-team before being stopped by his injury.

“It is still difficult for me to describe what really happened on that day. However, this is what I do for the team, to score and assist, and fortunately that’s what I did today in front of the crowd after a few months not being there with my team. It is my job, but it was something that me and my family will never forget,” Elliot said in an interview.

“Ther list of the people I want to thank is very long, however there is one person that I would really like to mention, and his name is Joe Lewis. He is one of the medical personnel that helped me from the early hours until late at night and helped me to be well again.”

“Also, I would like to thank my family, friends, mom and dad who helped me recover and supported me through the process. A huge thank you to everyone at Liverpool, my teammates, my coach and the fans,” he added.

It seems like Klopp wanted to slowly reintroduce Elliott back into the action on the field, but it is clear that Elliott wanted to go head on when his name was called.

After months of recovering from his severe injury, Harvey deserved all the glory that he received from scoring that goal for the team.

Other players would’ve just celebrated their goal and brag about it in interviews until one of their teammates deflated their ego. For Harvey, he knows who that goal was for, as he expressed his gratitude to the medical staff that took care of him all night. This shows his real character and level of maturity which is surprising for someone as young as his age.

The return of Harvey Elliott to the Liverpool team is one of the glorious moments in Liverpool club history. For someone as young as Elliott, he knows that victories are much sweeter after the setbacks.